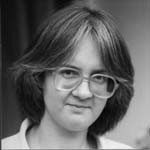 Mary Lord, guitar & lute, has performing and teaching degrees from the Richard Strauss Conservatory, Munich, Germany, and the Royal Academy of Music in London where she graduated with honors majoring in classical guitar and lute.  She wants your child to get so interested in the guitar, that they never put it down again! Lord teaches all musical styles including folk and rock, but is best teaching over five centuries of splendid classical guitar (and lute) music. Ms. Lord is known for her many arrangements for guitar ensemble, particularly for the Hense guitar quartet in Munich, Germany that has recorded three of her transcriptions of music by Manuel de Falla (Miller's Dance, La Vida breve and Hommage a Debussy). Edition Margaux in Berlin published her arrangement for guitar quartet of Golliwogg's Cake-Walk by Claude Debussy.  Mel Bay recently published two of her works:  a book/CD entitled “An American Christmas” and another called “A Scots Tune” with transcriptions from the Margaret Wemyss Lute Book in 2004. Ms. Lord is also a co-contributor to Arranging Concepts for Classic and Fingerstyle Guitar to be published by Mel Bay later on this year.
The Gene Nastri Community School of the Arts is a member of the National Guild Community Schools of the Arts. We offer distinguished faculty, consisting of active teaching artists, that accept students of all ability levels and backgrounds.